Marvin is Chairman Emeritus of Miller International Inc., a wholesale apparel marketer, which is the parent company of the Rocky Mountain Clothing Company. Before becoming Chairman Emeritus in December 2002 Marvin led the company through an aggressive expansion as Chairman and CEO. He has a M.S. from the New York University School of Business and a B.A. from the University of Vermont. During his undergraduate years he studied at the Sorbonne in Paris and the London School of Economics. Marv has been an active member of the Mountain States Anti-Defamation League Board since 1991 and served as its chairman from June 2004 to June 2006. In addition he is a member of ADL's National Commission and National Executive Committee.

Over the years he has chaired many non-profit boards including: The Colorado State Chamber of Commerce, Rocky Mountain Public Television, The Jewish Community Relations Council, and The Rocky Mountain Better Business Bureau. In addition Marv has served on the boards of: The Denver Chamber of Commerce, The Foundation for Educational Excellence, The Aspen Global Forum, and The Merage Foundation. He was recently appointed to the Advisory Board of the University of Colorado Medical School. Marv is also an Honorary Life Member of the National Council of Jewish Women. Marvin and Bebe Levy live in Denver, Colorado with their precious Bichon Frise "Abby." They have 3 children and 3 grandchildren. 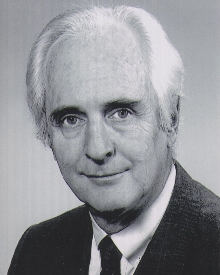