Ken Ghazey has been GEO's President & Chief Executive Officer and a member of its Board of Directors since 2005. Concurrently, from the time of its emergence from bankruptcy until its successful sale in 2011, Mr. Ghazey was a director and chaired the Audit Committee of Wellman Holdings, Inc., one of the five largest PET resin companies in the United States. Prior to his tenure with GEO and Wellman, he spent almost 15 years in a number of senior operating and executive positions in a range of industrial companies. Mr. Ghazey was President of Amerace/Hendrix Wire & Cable from 1987 to 1990; Executive Vice President, CFO, and Treasurer of Darling International from 1990 to 1993 and President, Chief Operating Officer and Director from 1993 to 1996; and Executive Vice President & CFO, Finance & Administration and Director of ENTEX Information Services, Inc. from 1996 to 2000. Immediately prior to becoming CEO of GEO, he was a Partner and Managing Director of an investment firm. He started his career as an auditor and tax specialist with PwC. Mr. Ghazey received a B.S. in Accounting from the University of Vermont in 1978 and is a member of the Massachusetts Society of Certified Public Accountants. 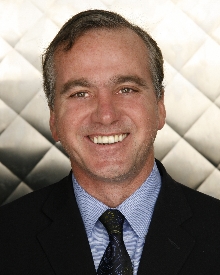