Cyma Zarghami is a 33-year veteran of Viacom’s largest and most profitable divisions, Nickelodeon—the premier kids’ entertainment brand that consists of 5 TV channels, a global consumer products business, digital apps and mobile content, feature films and location-based experiences. With revenue exceeding $4B annually, Nickelodeon is number one with kids in the U.S., and it’s the world’s most widely distributed kids' channel, reaching more than 1.1 billion subscribers in more than 160 countries and territories.

From the beginning of her career at Nickelodeon in 1985, to being named its President in 2006, Zarghami is credited with nurturing the explosive growth and expansion of what was initially a single cable channel into what is now a multi platform kids and family lifestyle brand. She ensured that the company’s output and workplace culture remained true to the brand’s primary mission to serve and be inclusive of all kids, and that work was rewarded by Nickelodeon being cited for decades as one of the most diverse and successful entertainment businesses, and the corporate culture was heralded as a model of teamwork, inclusivity and opportunity.

The results of her leadership at Nickelodeon stand as some of the biggest cultural touchstones for several generations, like SpongeBob SquarePants, Dora the Explorer, Blue’s Clues, Paw Patrol, iCarly, Rugrats, Doug, Double Dare, Kids’ Choice Awards, and more. As a career-advocate for kids, Zarghami also expanded Nickelodeon’s pro-social leadership role as a key component of its brand identity, with a string of initiatives designed to empower kids to get involved with the issues they care about most, from Nick News and The Big Help, to WorldWide Day of Play and the HALO Awards.

In tandem with her success with Nickelodeon and the kids’ market, Zarghami has vast experience and proven success with building audiences of older demographics, notably Adults 18-49. Her longtime stewardship of Nick at Nite resulted in a decades-long run of it being a top five network with adults and number-one with Women 18-49. Similarly, she drove a turnaround in revenue and ratings gains in a mere 18-month time span for TV Land and CMT, marshaling both critical acclaim and new audiences to those networks’ respective prime-time schedules through slates of inventive original programming, most notably Darren Star’s definitional hit, Younger. 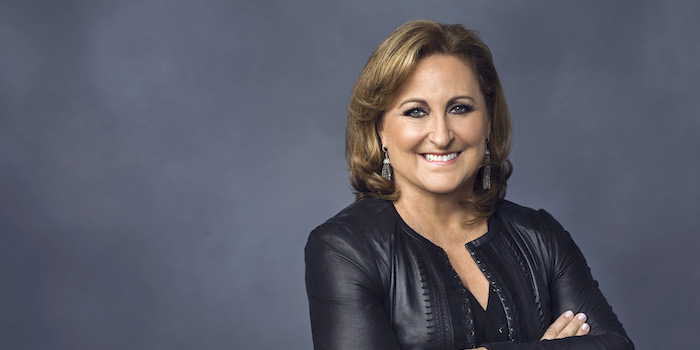