Dr. McIntosh has been actively involved in examining aging labor force issues for over 25 years. She is a professor in the School of Business Administration at the University of Vermont where she teaches human resources management, organization behavior, and a course on aging and employment. She is also Associate Director for Policy of the University of Vermont's Center on Aging. She has been honored by being named a Fellow of the Association for Gerontology in Higher Education (AGHE) in 2001 and a fellow of the Gerontological Socity of America (GSA)in 2010.

She has presented over 100 papers (refereed and invited), and made two videos on aging workforce topics. In addition to her scholarly research, she prepared eight Learning Modules on the Aging Workforce and Older Workers for the Society for Human Resource Management(SHRM)which were updated in 2010. She also wrote two practitioner monographs published by the US Department of Labor An Employer's Guide to Older Workers: How to Win Them Back and Convince Them to Stay, and A Supervisor's Guide: Managing Older Workers.

Over the last five years she has been actively engaged in research on the aging healthcare workforce through the Office of Nursing Workforce: Research, Planning, and Development in the College of Nursing and Health Sciences at the University of Vermont, and she was honored in 2007 as a co-author of an article that received the "Best of Journal of Nursing Scholarship for Profession and Society" award.

Nationally, Dr. McIntosh served as chair of MaturityWorks Alliance, an interest organization within the National Council on the Aging (NCOA), and she currently serves on an AARP aging workforce advisory board.

In Vermont, Dr. McIntosh was a member of the Governor's Advisory Board to the Department of Aging and Disabilities from 1995 to 2005 and has served on the boards of other organizations involved in aging issues including Vermont Associates for Training and Development, Foster Grandparents, and Project Home.

Dr. McIntosh received her Ph.D. in Administrative Sciences from Purdue University; her M.L.I.R. in Collective Bargaining from Michigan State University; and her B.S. in Communications from the University of Illinois, Champaign-Urbana.

Gerontological Society of America, Association for Gerontology in Higher Education, and Society for Human Resource Management. 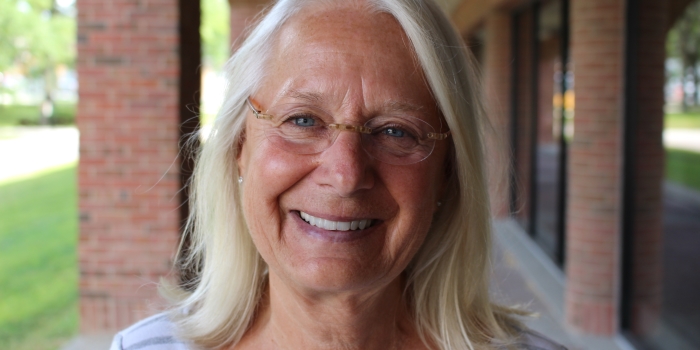