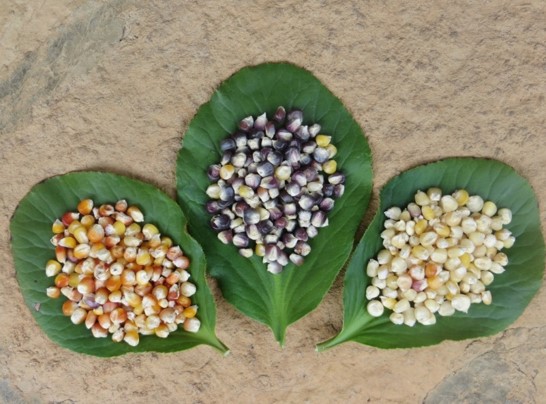 Voices from the Fall 2019, Advanced Agroecology Class, at the University of Vermont (UVM)

Every fall, for the last 10 years or so, I have been learning with the Advanced Agroecology class, at the University of Vermont (UVM). The course seeks to engage students in a diversity of learning experiences, ranging from scientific reading to farm work. One new addition this semester was to ask students to write a blog on an agroecology topic. In the next few weeks we will be sharing selected blogs from the class, providing an opportunity to glean into the bright minds and opinions of the young people that engaged with agroecology this semester. This first blog is by Isabella Alessandrini and focuses on heirloom seeds. Enjoy !!

Heirloom Seeds for the Future of Food Security

Walk into a grocery store at any time of the year and the amount of choices can be borderline overwhelming… Massive pyramids of glossy apples, stacks of ginormous strawberries, thick bundles of dark leafy greens, bags of smooth baby carrots all neatly trimmed the same way. What more could a shopper ask for?! Yet in this time of seemingly excessive abundance, there are hundreds of plants we used to eat being excluded from the table.

As agriculture and transportation have become more industrialized to grow food on enormous scales, many varieties of plants have been edged off our plates in favor of types that can withstand being transported long distances and look the same pretty much anywhere for shoppers everywhere. The tomato seems to be the emblem of the sacrifices that came with this transition because from a prized treat smacking of late summer, it has morphed into a round, tomato-like commodity encountered in supermarkets that yes, is still red, but has lost every other part of its identity in favor of shelf longevity. These gas-guzzling world travelers survive the endurance marathon from farm to produce aisle, but they often arrive without much flavor, freshness or nutrients to spare.

Most fruits and veggies we buy have gone through a similar tract since the 1800s, leaving only the sturdiest varieties to stock the shelves and hundreds of others out in the cold. Just imagine the display if produce aisles were filled with all the ones we used to grow– frilly Redbor purple kale, charismatic red warty thing squash, lavender striped Rosa Bianca eggplants, deep indigo cobs of corn, teeny tiny cherry bomb peppers, each one ripening to the fullest before being consumed. We can all be advocates for plants by growing heirloom varieties.

So what is an heirloom anyways? A porcelain tea set that came with your house? That wooden rocking chair beloved by Grandpa Joe? The vegetable world version of your great-great-great aunt’s brooch collection? Kind of, but way more useful, and they don’t take up nearly as much space in the attic.

Heirloom seeds are like the precious family jewels of humanity that fit in a seed packet and everyone has the right to inherit. Growing heirlooms is a delicious way to rebel against the bland and support what you want to protect. And! It’s only a one-time investment as seed-saving gives time and time again.

Heirloom seeds yield more than just food– they sprout resilience and protection of our history and the future. It has been proven historically that relying on a couple of crops to sustain us just does not work; it leaves us vulnerable to disasters like the Irish potato famine, fungal wipe-out of the banana industry and stem rust threatening wheat and barley crops.

Consider the Gilfeather turnip, our state vegetable. A large root with a sweet, rutabaga like flavor and lovely purple shoulders, the Gilfeather turnip was developed by John Gilfeather who intended for the variety to die with him. But a few seeds were thankfully squirreled away by someone who got the plant officially registered as an heirloom variety and now a part of the world’s edible history forever.

The intention of this post is not to say that everyone must only ever buy produce like those strikingly lobed multicolored local heirloom tomatoes being sold for $6.99 a pound, as they can definitely be cost-prohibitive. If prices of heirlooms in farmers markets are too steep, seed catalogs and swaps are filled with lovely varieties that can easily thrive in community gardens, a porch, a window sill– anywhere they can be given attention and nutrients to keep on keeping on.

A great thing about our era of stunningly widespread global trade and hyper-interconnectedness is that we have so much more knowledge to exchange along with all those goods being shipped around.  For example, many of our favorite tomato varieties like Black Krim, Cosmonaut Volkov, and Red Siberian were bred in Eastern Europe over on the Crimean peninsula as sturdy plants that can brave a short growing season like Vermont’s. Imagine if the seeds weren’t saved one fateful growing season and the last tough yet flavorful tomato variety left couldn’t bear this zone, forever dooming us to tomato-like impersonators shipped from elsewhere… I don’t even want to go there.

Social justice is a core pillar of the heirloom movement, as it seeks to involve and benefit everyone in the food system not just foodies concerned about flavor. One can purchase seeds of corn from Chiapas in solidarity with Zapatista farmers to show support of their traditional growing practices and resistance to the spread of GMOs. Or why not try finding out what crops were grown by the indigenous peoples who first lived on the land you call home and grow those to cultivate a sense of place? Initiatives like this enrich our meals, connect us with others’ experiences and often gives financial support to the farmers who are stewarding humanity’s future.